No science should be locked behind paywalls!

Research funders will mandate that access to research publications that are generated through research grants that they allocate, must be fully and immediately open

Today, 11 national research funding organisation, with the support of the European Commission and the European Research Council (ERC) are announcing the launch of cOAlition S, an initiative to make full and immediate Open Access to research publications a reality.

"cOAlition S" signals the commitment to implement the necessary measures to fulfil the main principle of Plan S, which was announced at ESOF in Toulouse in July 2018: "After 1 January 2020 scientific publications on the results from research funded by public grants provided by national and European research councils and funding bodies, must be published in compliant Open Access Journals or on compliant Open Access Platforms." 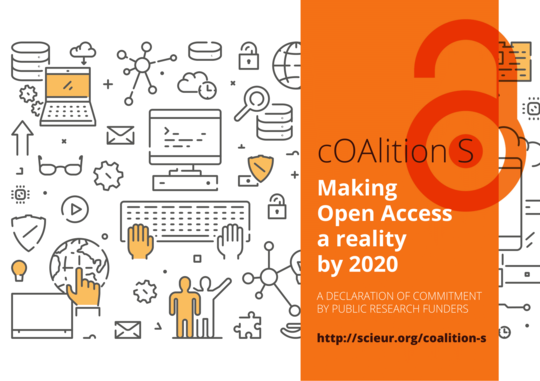 The 11 national research funding organisations that form cOAlition S, together with the ERC, have agreed to implement the principles of Plan S in a coordinated way. Other funding agencies are invited to join cOAlition S. The European Commission, through a statement by Commissioner Moedas, has also declared its support: 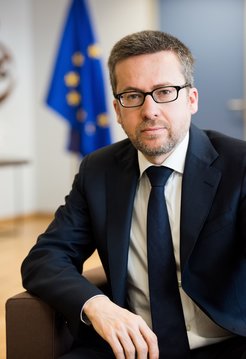 "The majority of public funding for research in Europe is controlled at Member State level, and so it is only through a concerted and coordinated approach across national funders that the necessary progress can be made. I congratulate those national funding bodies who have already committed to Plan S and strongly encourage others to follow as soon as possible. ((...)) Further actions will be needed under the future Horizon Europe programme to complete the transition to Open Access in line with Plan S, and I would urge the European Parliament and Council to support this approach. And as we start preparing for the implementation of Horizon Europe, the Commission will be working in a concerted effort with national funders to ensure a consistent European approach."

The initiative was born from the cooperation between the Heads of the participating Research Funding Organisations, Marc Schiltz the President of Science Europe, and Robert-Jan Smits the Open Access Envoy of the European Commission. It also drew on significant input from the Scientific Council of the ERC.

Speaking about the initiative, Marc Schiltz highlighted that "Open Access to research results is foundational to the scientific enterprise. 15 years have passed since the Berlin Declaration and Open Access is still far from being a reality. I am glad that a core group of research funders, driven by their collective duty of care for the good functioning of the science system, have committed to take a decisive step to change the situation."

More information, including the 10 principles of Plan S, is available online: