Over the past 20 years, many thoughtful strategies have been devised to promote open access to scholarly research publications, including the development of repositories and new publishing venues. Yet, the vast majority of scholarly articles continue to be locked behind subscription paywalls of traditional scholarly journals.

Taking decisive steps toward the realisation of full and immediate open access, a global consortium of research funders  (cOAlition S) have  established the Plan S principles to ensure full and immediate access to all scholarly articles, whether published in subscription journals, open access journals or other platforms. 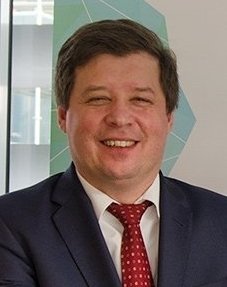 In explaining why Plan S, Marc Schiltz, President of Science Europe and Chair of cOAlition S states “In the 21st century, science publishers should provide a service to help researchers disseminate their results. They may be paid fair value for the services they are providing, but no scholarly outputs should be locked behind paywalls!”

In the same spirit, a global network of research performing organisations, united in the Open Access 2020 Initiative (OA2020), has voiced the ambition and developed practical approaches for a large-scale implementation of open access to scholarly journals, complementary to their efforts in support of alternative open access publishing platforms and infrastructure. 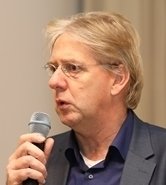 “Fact-based analysis[1] shows that there is more than enough money in the subscription system worldwide to make a complete transition to open access” says Gerard Meijer, Director of the Fritz Haber Institute (FHI) of the Max Planck Society. “Where publishers have not yet embraced open access on their own, we must leverage our subscription expenditures to drive the transition.”

With their common strategy aimed at removing paywalls from published research articles, cOAlition S and OA2020 work in synergy on both sides of the scholarly publishing chain to achieve open access in scholarly journals and alternative publishing venues.

One of several pathways pursued by OA2020 participants is to negotiate transformative agreements under which the funds previously spent for subscriptions are repurposed to cover the costs associated with open access publishing. This approach enables a swift and efficient transition to open access, in which ‘hybrid’ publishing models can be included to increase the proportion of articles published open access— without paying twice for services relating to one piece of content.

Institutions who engage in such agreements will contribute to delivering the greatest possible range in Plan S-compliant publishing options to their authors while significantly growing the proportion of research made openly available. At the same time, cOAlition S recognizes the importance, as one of three routes towards full and immediate open access, of those agreements in providing  a strong incentive for scholarly publishers who have yet to pilot open access models. Publishers will find institutions and consortia willing to partner on such agreements in exchange for a commitment to a definitive transition to full and immediate open access with fair and transparent pricing. Neither the cOAlition S funders nor the OA2020 partners intend to pay for open access publishing in hybrid subscription journals outside such transformative agreements.

Both cOAlition S and OA2020 acknowledge the strong alignment and coherence of their aims and vision. Together they call for research funding and research performing organizations globally to join them in withdrawing support from paywall publishing and ensure full and immediate Open Access to scientific research publications.