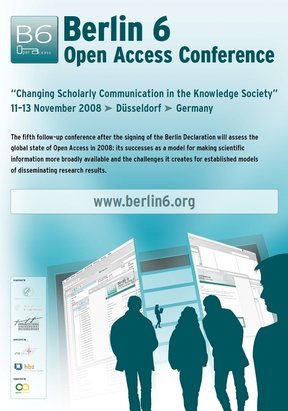 Heinrich Heine University in Düsseldorf invited delegates to the Berlin 6 Conference, Changing Scholarly Communication in the Knowledge Society in November 2008. The President of EuroHORCs (European Heads of Research Councils), Prof. Dieter Imboden, announced in his speech that he would be making Open Access a key issue during his presidency. Reports on a range of Open Access projects illustrated how changes could be achieved in scientific communication. The sound economic sense of the approaches presented at the conference was underlined by a study which found that the British economy would benefit from switching to Open Access.