The 14th Berlin Open Access Conference, hosted by the Max Planck Society and organized by the Max Planck Digital Library on behalf of the Open Access 2020 Initiative (OA2020), was held as a summit meeting in which 170 participants from 37 countries discussed strategies to accelerate the transition of scholarly publishing to open access. The participants included some of the highest level representatives from research performing and research funding organizations, libraries and government, associations of researchers and universities, and other umbrella organizations from around the world.

Underscoring the theme of this year’s conference, “Aligning strategies to enable open access”, the strategic discussions moderated by conference Chair, Gerard Meijer, revealed strong consensus among the diverse international communities on the need to intensify their efforts, with the vast majority recognizing greater alignment among themselves and across initiatives, institutions and regions as an essential principle to guide them. Presentations from a number of international participants with a variety of perspectives highlighted the urgent need to accelerate the transition of scholarly publishing to open access and revealed the real cost of open access publishing in contrast to the inflated costs of hybrid and subscription spending. 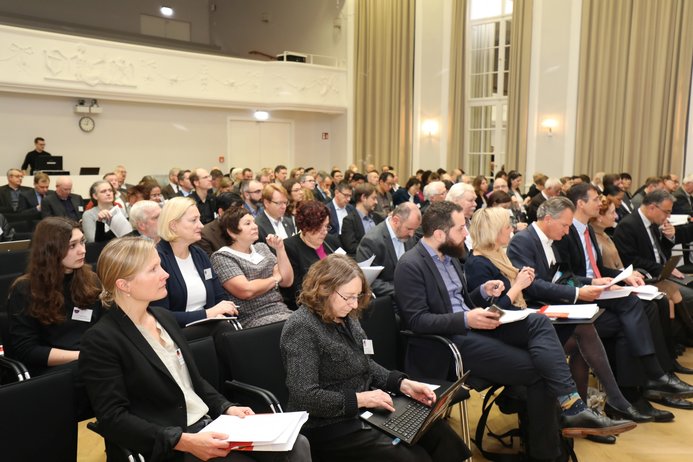 Participants in the Goethe Hall of the Harnack House 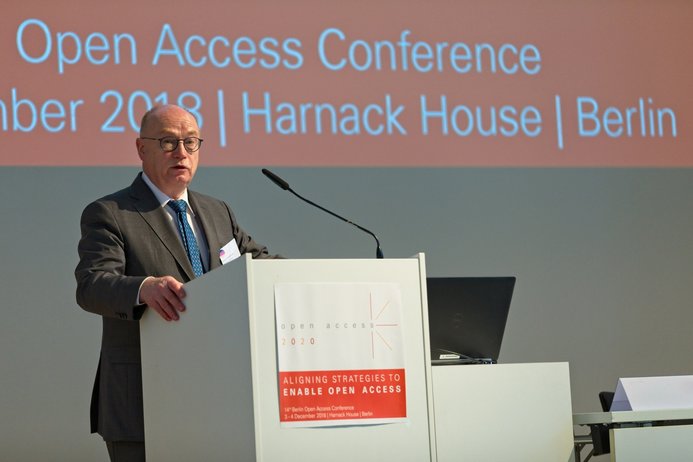 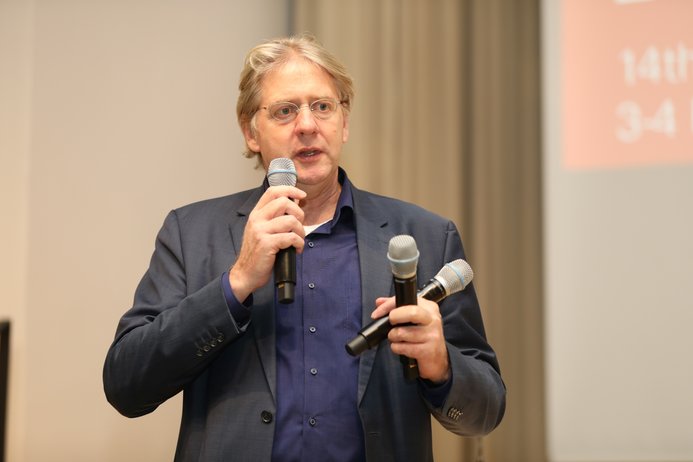 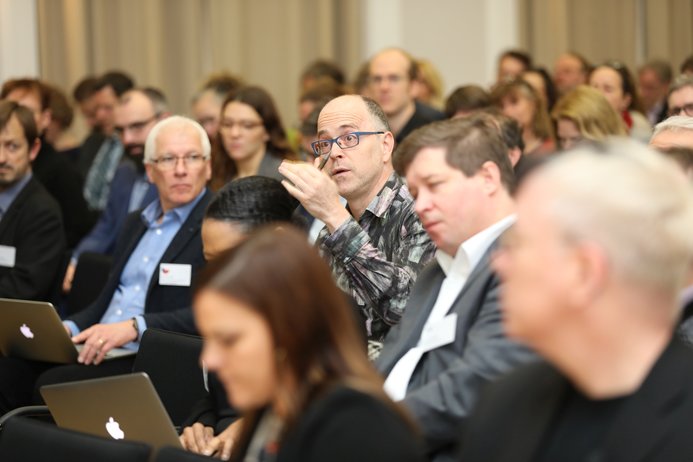 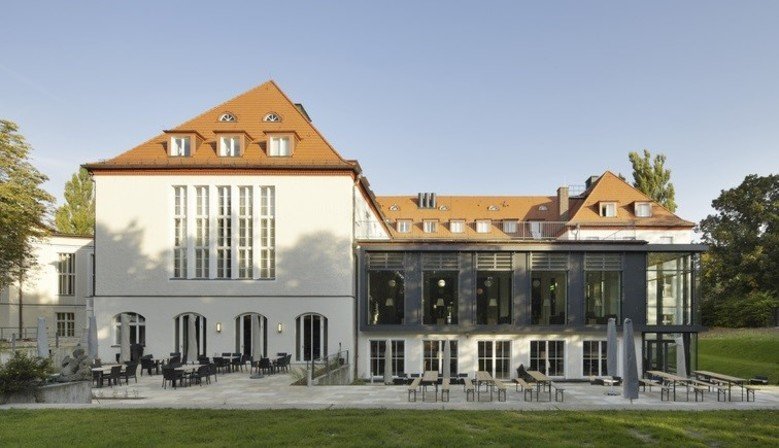 Strong alignment was revealed among the research funding organizations present as well as between funders and the research performing community. Many funders participating in the conference are already part of cOAlition S, and others from China and the US, in particular, expressed their support for the principles of Plan S as a means to place greater pressure on subscription-based publishers to shift to open access publishing models in accordance with the needs of researchers. This pressure from the funding community was found to be in close alignment with the strategy of OA2020 which, similarly, seeks to remove financial support of the paywall system by divesting of subscriptions and repurposing subscription expenditures to support open access publishing models.

Great focus was placed on the leverage of transformative agreements—a key strategy of OA2020—which, based on insights from a number of presentations, were identified as perhaps the most viable and impactful instrument in the current landscape to accelerate the transition to open access. Such agreements are proposed by research communities as a constructive way forward through which research institutions, funders and publishers, together, can organize a swift and orderly transition process to a new, fully open access paradigm. As it became clear from statements made by representatives from Japan, the United States, South Africa and others, readiness to adopt this approach has extended well beyond Europe, where it is already widely embraced; in particular, this was emphasized with a bold statement from China, exhorting publishers to begin negotiating transformative agreements with their library consortia. As the nation with the largest share of research publications, China stands to take on a leadership role in propelling the global research community to a fully open access paradigm. A further step in consolidating the alignment of the research community was taken as diverse open access initiatives, based on calls for “gold”, “green” or other forms of open access, recognized the danger in delivering a fragmented message to the publishing community and were able to find greater leverage by focusing on their shared goal of complete and immediate open access. 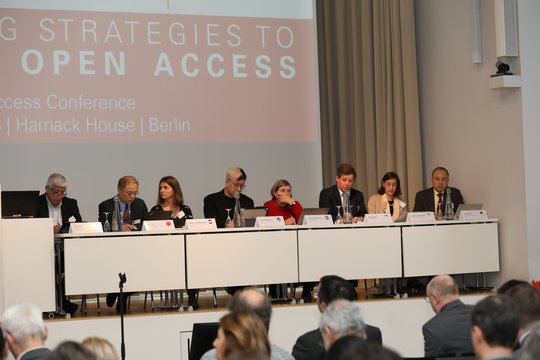 After affirming alignment on the goals and strategies discussed during the first day of the conference, participants had the opportunity to articulate their expectations directly to the highest level representatives of the three largest subscription publishers on the second day of the conference. Having accepted the invitation of Martin Stratmann, President of the Max Planck Society, Ron Mobed, CEO of Elsevier; Guido Herrmann, Managing Director of John Wiley & Sons; and Daniel Ropers, CEO of Springer Nature, participated in a series of individual “Transformation Colloquy” in which they were asked to respond to the collective demand for transformative agreements based on fair and sustainable terms to all customers to enable the transition on global scale. An international panel, speaking on behalf of all conference participants, posed specific questions to the publisher representatives on the need to accelerate the transition to open access for the benefit of society and the democratization of knowledge, on their ability to meet the requirements of Plan S, on their specific commitment to researchers which cannot prescind from complete and immediate open access, on their readiness and willingness to partner with the global research community on transformative agreements which could viably achieve open access on a large-scale within just a few years.

Already, more than 100 research performing and funding organizations from around the world have signed the OA2020 Expression of Interest in the Large Scale Implementation of Open Access to Scholarly Journals, and the 14th Berlin Open Access Conference afforded an opportunity to take that commitment to the next level. Having been confronted with a clear message spoken in unison and articulated in the Final Conference Statement, subscription publishers were left no grounds to refuse institutions who wish to negotiate transformative agreements as part of their open access strategy on the argument that open access is a regional concern. The global research community is now armed with a strong alignment to facilitate a full and complete transition to open access.

The Final Conference Statement that follows represents the strong consensus of all of those represented at the meeting.

Publishers are expected to work with all members of the global research community to effect complete and immediate open access according to this statement.

© 2003-2022, Max-Planck-Gesellschaft, München
All rights reserved
Duplication only with approval